The Notre Dame Experience Across Generations

The student section. Forging lifelong friendships in your dorm. Late-night prayers at the Grotto.

These experiences and so many others have been shared by generations of Notre Dame students. During Reunion 2015, we sat down with alumni from a wide range of classes—1945 to 2010—to discuss some of our favorite Irish Memories:

Back on campus to celebrate their 50th Reunion, three members of the Class of 1965 sat down for live interviews about their time as students and their fascinating careers after graduation.

John Huarte ’65 discussed the magical 1964 football season, winning the Heisman Trophy, and his leadership of the Arizona Tile Company:

Jim Muller ’65, whose father and son also attended Notre Dame, talked about his career as a cardiologist, his experience founding and guiding an international organization that would eventually win a Nobel Peace Prize, and the steps he took to seek reform within the Catholic Church:

It was a busy weekend on campus, and we have the numbers to prove it: 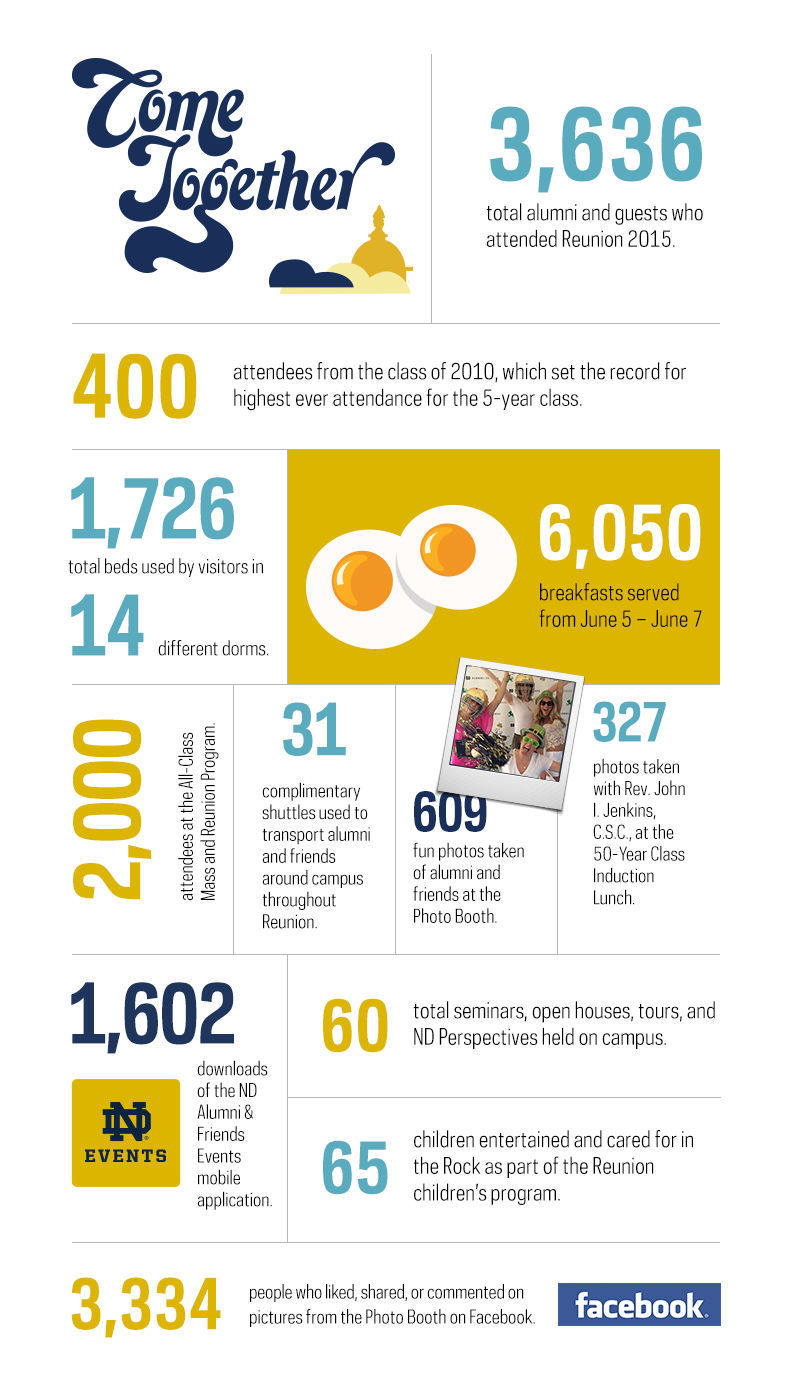 The Notre Dame Alumni Association would like to thank everyone who returned to campus for Reunion this year, and we look forward to welcoming back next year’s group at Reunion 2016!