Where Are They Now?

On Oct. 15, 2005, Notre Dame fell to Southern California in one of the most dramatic—and controversial—games in college football history. Ten years later, some of the former Irish stars who played key roles in that game have gone on to interesting and varied careers: 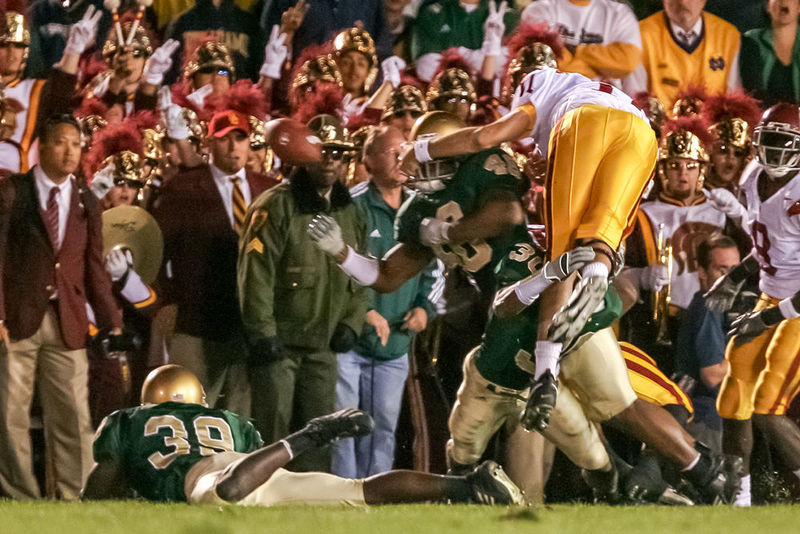 Mays nearly won the 2005 game against USC for Notre Dame when his vicious hit on Matt Leinart forced a fumble on Southern Cal’s second to last offensive play of the game. After leaving Notre Dame, the linebacker spent five seasons in the NFL with the New England Patriots, Cincinnati Bengals, and Kansas City Chiefs. Mays now lives in Chicago and works as an entrepreneur/angel investor. He is involved with a variety of companies, including Vice District Brewing in downtown Chicago, and he encourages all ND alumni and fans to stop in for a beer. 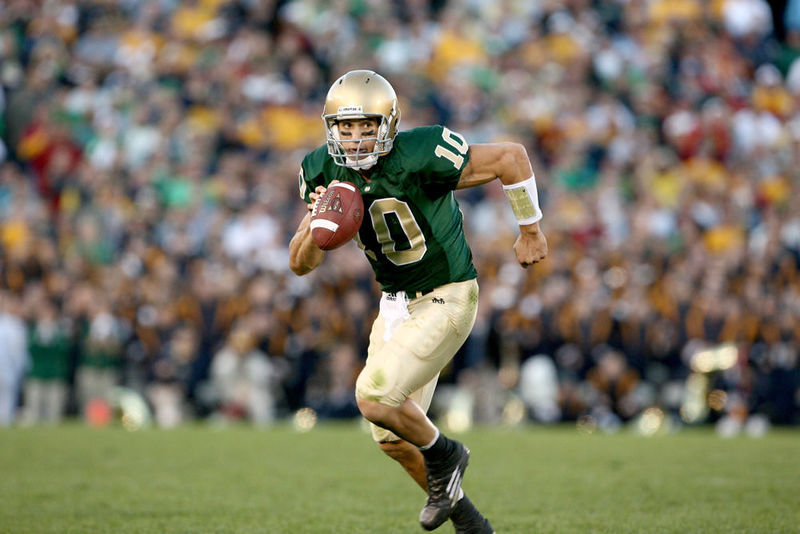 Quinn, who scored Notre Dame’s final touchdown against the Trojans in 2005, has moved on from his career in the NFL to become an analyst for Fox Sports and CBS Interactive, covering college and pro football. He also runs 3rd and Goal, an advocacy organization for wounded and homeless veterans. 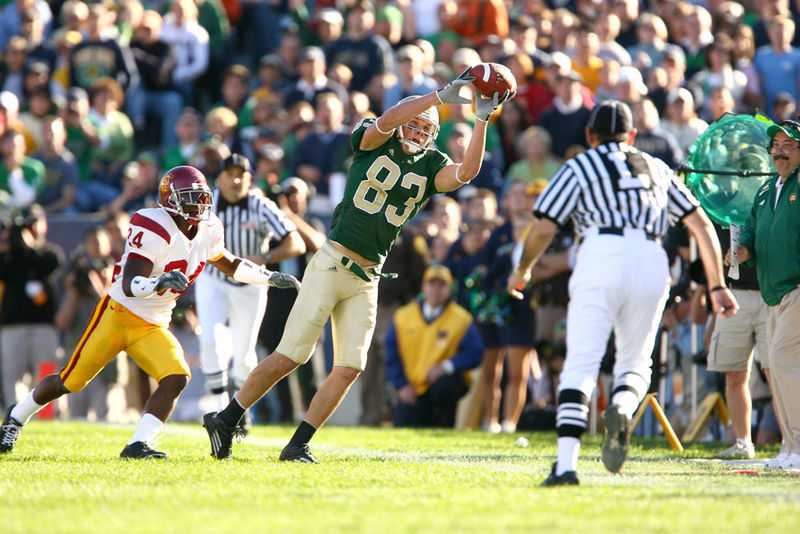 Samardzija, who caught a 32-yard touchdown pass from Quinn in the 2005 game, just completed his 8th season as a pitcher in Major League Baseball. Now with the Chicago White Sox, Samardzija has recorded 47 wins and 901 strikeouts in his MLB career. 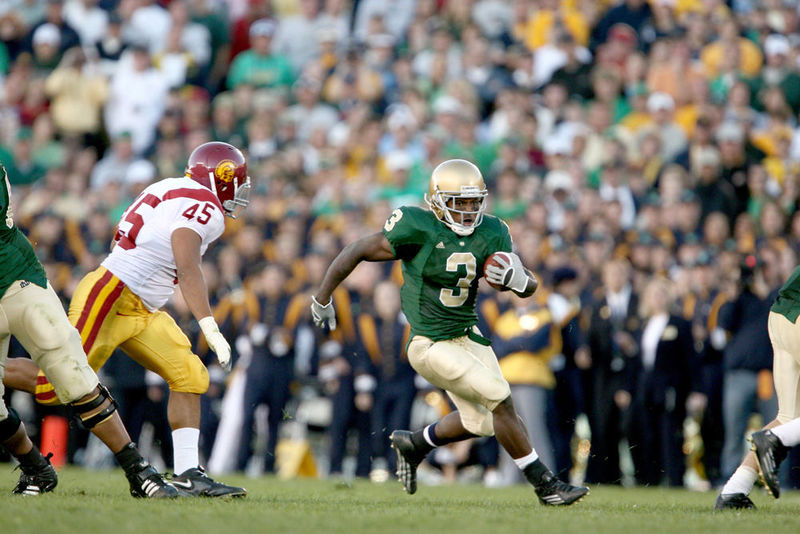 Walker recorded 115 all-purpose yards against USC in 2005, leading the Irish. After spending a few years in the NFL, Walker has launched two separate careers: He works as a broadcaster for ESPN and as a private wealth advisor for Morgan Stanley. 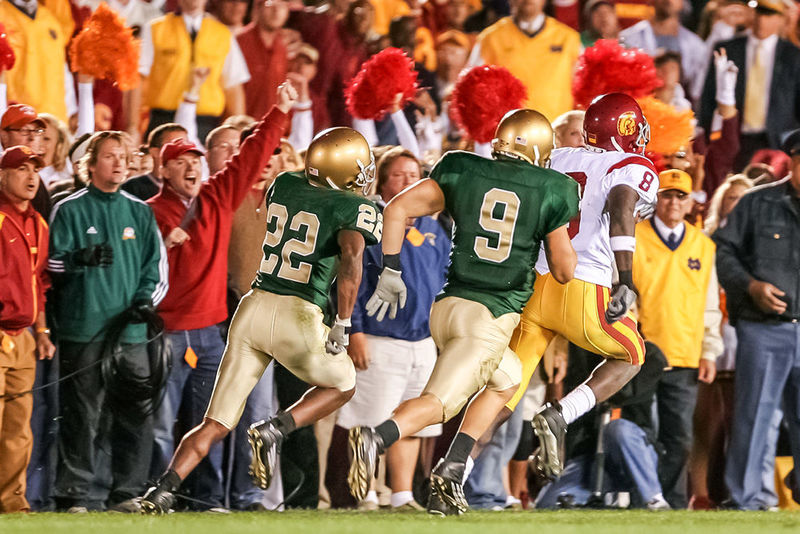 Wooden, the Irish cornerback who nearly batted down USC’s long 4th down completion on the final drive, has worked at Goldman Sachs in New York City since graduating from Notre Dame. He remains involved with Notre Dame as a member of the University’s Advisory Council for the Student Athlete and through recruiting on campus for Goldman Sachs. 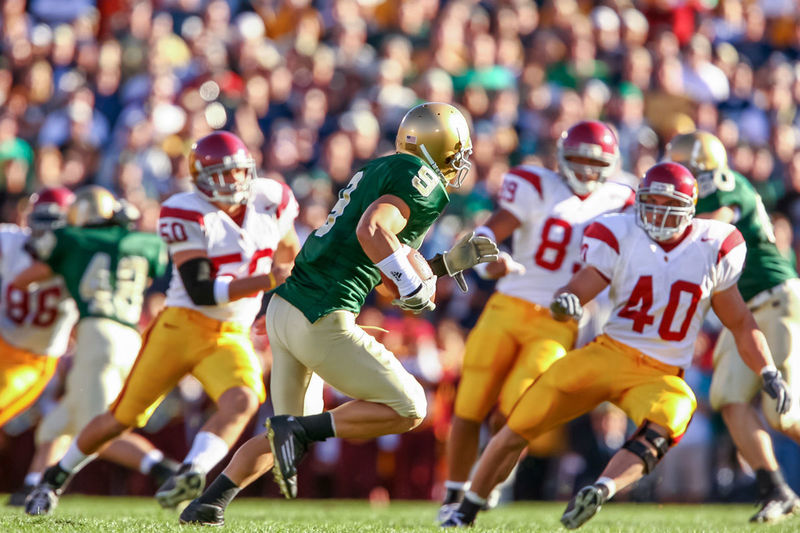 Zbikowski returned a punt for a touchdown in one of the most dramatic moments of Notre Dame’s 2005 loss to USC. He spent five seasons in the NFL as a safety and returner for the Baltimore Ravens and Indianapolis Colts. He now works as a firefighter in Chicago and hopes to one day become the head coach of the Notre Dame football team.