All Patrick Creadon ’89 needed was one great idea. After a decade working as a freelance cameraman on other people’s projects, he was ready to make his own documentary film. He just had to find the right subject.

One afternoon, frustrated while editing an uninteresting corporate video, Creadon turned his attention to the day’s New York Times crossword puzzle. And that’s where he found his answer.

“It just hit me like a lightning bolt,” Creadon says. He called his wife, producer Christine O’Malley, and told her they needed to make a documentary about Will Shortz, the crossword editor for the Times. A little more than a year later, Creadon and O’Malley went to the Sundance Film Festival, where their first film, “Wordplay,” debuted to rave reviews.

For Creadon, it was the realization of a lifelong dream and the beginning of the second chapter of his career. Ten years and four films later, he is recognized as one of the top documentary filmmakers working today.

His love of documentaries can be traced back several decades to Riverside, Illinois, the Chicago suburb where he grew up. “I was probably the only 8-year-old on my street to run home Sunday nights just to watch ‘60 Minutes,’” Creadon says. 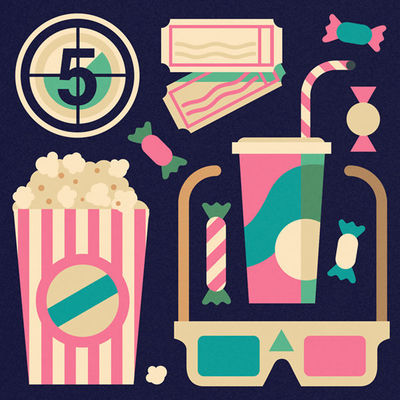 But Creadon’s first experiences in the industry came in front of the camera rather than behind it. He and his siblings worked as child actors and models in the Chicago area. He appeared in several commercials, but his biggest break came in “Rascals and Robbers,” a made-for-TV movie about Tom Sawyer and Huckleberry Finn. Creadon played Sawyer, while Finn was portrayed by Anthony Michael Hall, who over the following five years went on to become a megastar thanks to roles in “National Lampoon’s Vacation,” “Sixteen Candles,” “The Breakfast Club,” and “Weird Science.” Even on the set of “Rascals and Robbers,” though, Creadon knew he didn’t want to go down that same path.

“I definitely was drawn to the work that the director and the cinematographer were doing,” he remembers. “Because I realized that really those are the people making the movie. As a 15-year-old, that left a real impression on me. That’s when I realized that’s what I wanted to do. I wanted to be a director.”

Creadon left acting behind when he followed in the footsteps of his father and grandfather and enrolled at Notre Dame. He flirted with various majors before landing on political science. As he neared the end of his senior year, he assumed he should start focusing on a more realistic career path than the movie business. “Even with all the experience I had, it still seemed like sort of a far-fetched dream,” he explains.

That’s when Professor Dan Lapsley, now the chair of Notre Dame’s Department of Psychology, offered advice that Creadon is still thankful for today. With Creadon making plans to attend law school, Lapsley encouraged him to take at least one year off and give his true ambition an honest try.

He moved back to Chicago and, before long, scored an internship with PBS working -- unpaid for the first six months -- on the documentary series “The 90’s.” He absolutely loved the job, and the inclination to attend law school quickly vanished. Instead, he left Chicago and PBS behind for Los Angeles and the American Film Institute, where he earned a Master’s in cinematography.

After finishing his graduate degree, Creadon found consistent employment as a cameraman and editor on a wide range of projects. But eventually he grew tired of this work and felt unchallenged. He became increasingly determined to make his own films with his wife. “Neither one of us came out here to make others people’s movies,” he says.

Creadon knew that his first film could be his last if the project failed, so he focused intensely on identifying the perfect topic. And that’s why he was so excited when he thought of Shortz and the legions of crossword puzzle fanatics across the country. O’Malley loved the idea too, and Creadon’s brother and best friend from Notre Dame both agreed to help finance the film. He cold-called Shortz, who said he'd participate as long as Creadon promised to finish the movie within a year.

Almost exactly a year after that phone call, “Worldplay” premiered at Sundance. Getting into the festival at all was a huge accomplishment -- only 16 documentaries were chosen from a pool of 900 applicants. Still, so much was riding on that first screening.

“Wordplay” definitely worked. It was a smash hit at the festival, and within a week, influential producer Harvey Weinstein purchased the documentary for $1 million. It went on to be the second-highest grossing documentary of 2006, trailing only Al Gore’s “Inconvenient Truth.” It also established O’Malley Creadon Productions as a rising star in the field of documentaries.

With Creadon directing and O’Malley producing, they’ve gone on to make three more feature-length documentaries. “I.O.U.S.A.,” a nonpartisan examination of the threat posed by America’s growing national debt, debuted at Sundance in 2008 and was shortlisted for the Academy Awards. “If You Build It,” released in 2014, documented a school year in rural Bertie County, North Carolina, where two design teachers led high school students in a building project that was meant to help breathe some new life into the struggling area. An early cut of “All Work All Play,” Creadon’s newest film, played at the Tribeca Film Festival last month. The movie, which chronicles the rising popularity of eSports, is scheduled to open in July in 2,000 theatres across the country -- a huge release for a documentary.

In between these feature-length documentary projects, Creadon occasionally directs television shows and commercials. Last New Year’s Eve, he led a team of film crews in seven different cities around the world shooting babies being born at different hospitals. Creadon edited the footage overnight, turning it into “Wishes for Baby,” a heartwarming Fisher Price commercial that Creadon says he loves like it is one of his films.

But documentary films remain Creadon’s passion. He’s grateful that he’s been able to make each movie with his wife, and that he no longer has to work on other people’’s projects. “No one ever greenlights our movies,” he says proudly. “We greenlight our movies.”

One thing hasn’t changed, though. Despite all his successes, Creadon is still on the lookout. He’s searching for his next great idea, that next bolt of lightning that will land him back in a dimly lit theatre, anxiously waiting to see if his movie works.