Variety chose her as one of 2013’s “10 Directors to Watch.” She earned a coveted Guggenheim fellowship. Her first documentary was nominated for an Emmy. Her films have won awards around the world. But writer, producer, and director Gita Pullapilly ’99 wasn’t always bound for Hollywood.

A South Bend native, Pullapilly graduated from Notre Dame with a B.B.A. in finance, and was recruited to General Mills out of college. Pullapilly recalls getting to her first day of work and immediately realizing, “Oh no, what did I do?”

She had already cashed her signing bonus, so she spent the next three months sticking with the job and trying to figure out what she actually wanted to do with her life. She knew that she loved storytelling, so she thought perhaps journalism would be the more fulfilling career path. She went to Northwestern University’s Medill School of Journalism for a Master’s degree and went into broadcast news. But she found the reality of work as a local news reporter – short stories, breaking news, and fast turnaround time – to be far from the long-form stories she longed to tell. 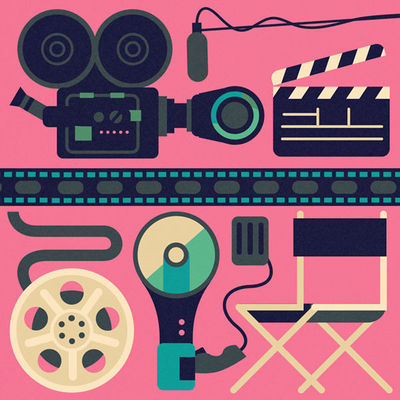 She worked in television news until 2005, when she met the man who would become her partner in film—and eventually in marriage. "We bonded over our love for hating local television news," says Pullapilly of Aron Gaudet, who worked for a competing news station. "We realized that we loved the idea of storytelling but we felt that there was a better way for us to take what we loved doing and have it be a more meaningful experience,” for themselves and for audiences.

Gaudet and Pullapilly were careful in trying to pick a subject for their first documentary. Pullapilly notes that making a documentary can take years, so it’s crucial to feel passionate about the subjects. It was on a trip to Bangor, Maine, for Pullapilly to meet Gaudet’s mother for the first time, that they stumbled on their story. Gaudet’s mother was an enthusiastic participant in the Maine Troop Greeters, a group of elderly citizens who went to the airport to greet troops headed off to war. Gaudet and Pullapilly went along on one of her airport trips during the visit. There, Pullapilly talked with the World War II veteran who would become one of the subjects of “The Way We Get By.”

By the end of the experience at the airport, she and Gaudet were both moved. "We knew instantly,” she said.

They embarked on what would be a five-year process of creating the documentary, undaunted by setbacks along the way. "Hollywood distributors basically told us to stop making the movie, we were wasting our time, because audiences wouldn't come out to see it,” says Pullapilly. "But we felt it could be something.”

Pullapilly and Gaudet pushed on, and the film ultimately ended up being released nationally and internationally, as well as winning some major film festival awards. "That kind of launched us as filmmakers," she says.

They wrote and directed the narrative film “Beneath the Harvest Sky,” a drama about teenagers in a small Maine border town. “We found our voice as filmmakers,” she says. “What we do is keep it real. Even if it's a fictional background and fictional setting.”

The film premiered at the Toronto International Film Festival and had its US premiere at the Tribeca Film Festival. It ended up being released across the country and is now being released overseas. When it was released, Variety listed the couple as one of the top ten directors to watch that year, and they were signed by a talent agency. “‘Beneath the Harvest Sky’ really kind of broke us through to Hollywood," says Pullapilly.

Though Pullapilly has found success in filmmaking, she calls the field very challenging. "It's really hard to make cheap films. So there's a lot of money that goes into it, a lot of time, a lot of manpower that goes into making a film. Everybody has to bet on you. You have to convince people to take a chance on your work, and your vision, and your art,” she says.

"It’s amazing and completely overwhelming too,” she says of the chance to work in Hollywood. “Because it's an honor that people want to trust us with making a large project, but with a large project there also comes a lot of responsibility."

"A lot people ask us should they be moving out to L.A. for their work,” she says. “From our perspective, you don't want to move to LA too early.” She compares it to athletes proving themselves in school or the minor leagues before trying to play in the major leagues. “If you come too early you're not getting to the meetings you need to get to meet the executives that can fund a project, that can get a movie made with you," she says. "So from the filmmaker's standpoint, it's about moving at the right time.”

Now that they’re playing in the majors, Pullapilly and Gaudet are working on a drama that takes place in Chicago, which she describes as a "much much larger Hollywood film."

Though the scope of the projects may have changed from when they started out, for Pullapilly it’s still all about the storytelling.

“For us, it’s really about making – whether it’s in the fiction state, or the documentary state, whatever we’re doing – making it feel like this is really happening to these characters,” she says. “To bring the audience into that world.”