A Long Walk for Veterans

Whatever it takes, David Roth ’91 will be ready to walk across the country to help raise money for veterans and their families. It doesn’t matter if it means training in the ring with a former heavyweight boxing champion, dropping almost 50 pounds so far, or striding long past the time his legs grow sore, Roth will be prepared, come April, to walk more than 3,000 miles. 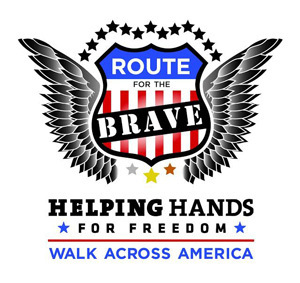 It’s all part of Route for the Brave, a fundraising walk Roth’s undertaking in his role as the board chair of Helping Hands for Freedom, an organization that serves wounded veterans and their families as well as the families of fallen military personnel.  The walk will help raise money to build a retreat home aimed at helping veterans to recuperate from PTSD and reacclimate to civilian life alongside their families.

“How do we get that message out? I came up with the idea of using U.S. Route 40, which is basically the route that built America,” Roth says. “I’m a regular guy who wasn’t in the best shape last November, but I’m doing this to get out and meet people and share our story.”

Although not a veteran himself, Roth was a natural fit when he joined Helping Hands for Freedom as board chair in 2013. He knows plenty of veterans — family, members, friends, and members of the Indianapolis Metro Police Department, where he works as a detective.  He also has extensive fundraising experience, having worked for 16 years as a representative of the Police and Firemen's Insurance Association, which assists families of officers and firefighters who’ve died, been injured, or fallen ill.

Stories of veterans’ and military families’ suffering moved Roth to organize and undertake this grueling cross-country hike. Some are close to home. After a stepson returned from deployment, Roth helped him readjust to life as a family man.

Others are close to his old police beat, where he met a war widow and her children, one of whom has Down syndrome, living in a dilapidated van. Although help was available, the woman had trouble filling out forms to get assistance. Roth and his colleagues helped her with paperwork and got her children enrolled in school. They collected donations and helped set the family up in an apartment.

“When you experience that, how long would you walk?” Roth asks. “Those stories inspire me so much.”

Building a Retreat For Veterans, Families

Stories like that have Roth and his colleagues eager to do something big for veterans and their families. That’s where the retreat house comes in. The idea, Roth says, is to create a safe space for PTSD-stricken veterans to readjust to civilian life with their families.

The upcoming walk will raise money for the house, and Helping Hands for Freedom hopes to attract a big donor to help fund the project. The group hasn’t chosen a location but is considering potential sites in Indiana, Kentucky, and Arizona, Roth says. The property may include space for horseback riding and other animal therapy as well as provide families with access to trained counselors.

“I’m just looking to create one retreat home where we have relationships with psychologists, with businesspeople,” Roth says. “We have the specialists that can come in there and give their time. It’s a getaway where people can sit down and talk. How about the family sitting down with the soldier? And having dad or mom explain what they went through and why they do what they do. We want that place to be a retreat where people can come together. Until you feel you’re part of a healing process, it’s hard to let go of those events that have happened to you.”

Training to Walk Across the Country 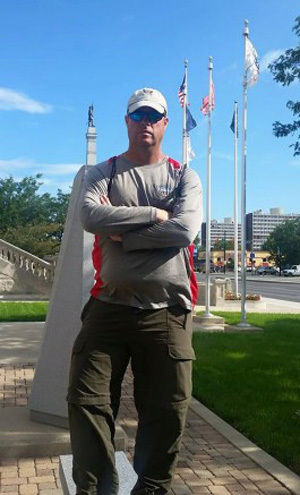 The walk will raise money and awareness for the house. The undertaking has required a great deal of preparation from Roth, who weighed 287 pounds just a year ago. Since then, he’s dropped 47 pounds, thanks partly to workouts with former heavyweight boxing champion Lamon Brewster. A mix of sparring, circuit training, eating better, and plenty of walking has helped him get in shape for the long hike.

The walk, from Atlantic City to San Francisco between April 28 and August 26, will require Roth, who’s 47, to walk 28 miles a day, six days a week, starting at about 5:30 a.m. and ending around 2:30 p.m. That leaves time to meet with families and veterans’ organizations and engage local media for publicity.

Roth is taking a leave of absence from his job for the walk. He considers it an opportunity to fulfill the aspirations for public service he gained as a student at Notre Dame, where he majored in sociology and did service work for the Center for Social Concerns. Earlier this year, he walked across Indiana to help raise money for Helping Hands for Freedom, a warmup for the cross-country hike.

“The interest snowballed,” he says. “Grants started coming in. People were watching. And along that walk, I was able to help some families. I was so inspired that it didn’t matter what was going to happen or how sore I was. I had such a sense of fulfillment.”